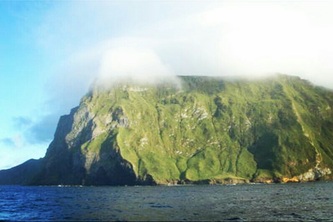 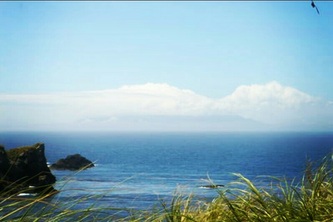 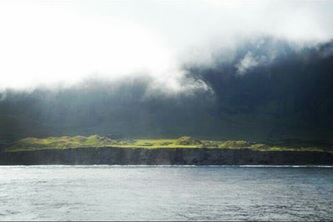 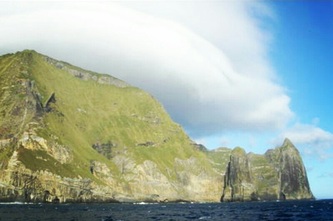 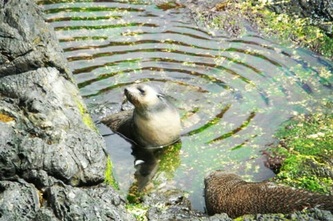 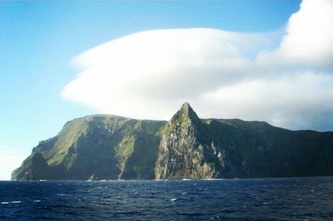 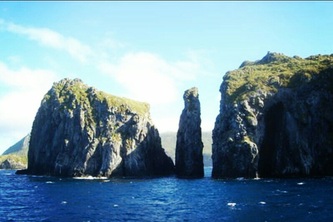 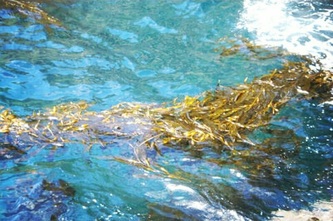 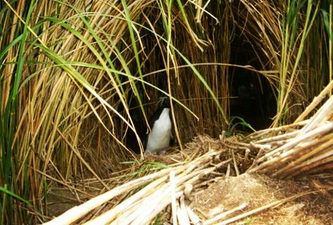 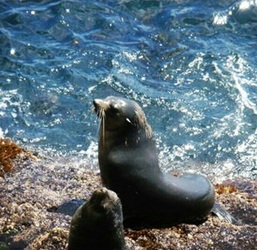 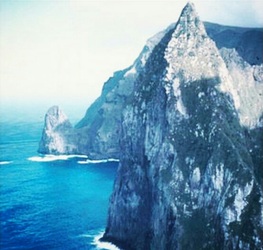 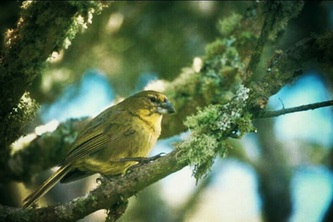 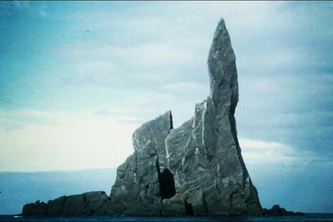 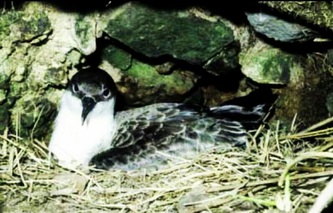 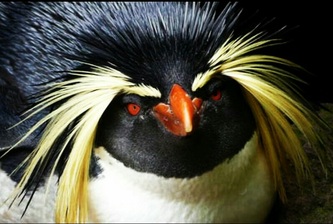 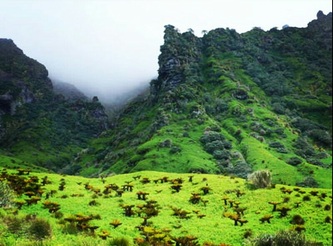 Gough and Inaccessible Islands
Gough Island, a volcanic island in the central South Atlantic, is dependent on British Tristan da Cunha, midway between the southern tip of Africa and South America and it includes the 14 km2 Inaccessible Island, whereas the marine area is extended to 12 nautical miles.

Gough Island is the least-disturbed major cool temperate island ecosystem in the South Atlantic, and one of the most important seabird colonies in the world. The island is scenically beautiful with spectacular sea cliffs round much of the coastline. Two endemic landbirds are found: the Gough moorhen and the Gough finch. Gough is in the Tristan da Cunha Priority One Endemic Bird Area, as defined by BirdLife International. Its undisturbed nature makes it particularly valuable for biological research, which, with weather monitoring, is the only other activity permitted on the island.

Inaccessible Island's values complement those of Gough Island. It is also largely pristine and is one of the few temperate oceanic islands without introduced mammals. It has two birds, eight plants and 10 invertebrates found nowhere else, 70 terrestrial plant and animal species are restricted to the islands and 60 marine species are endemic to the island group .

Gough Island has had a long and complicated volcanic history. Five major phases of activity have left distinctive rock masses. Numerous different centres helped to build up the land mass that now exists, and some of them continued activity into comparatively recent tines; the most recent minor eruption probably took place about 2300 years ago. No activity has been recorded since men began to visit the island.

Gough Island is the eroded summit of a Tertiary volcanic mass separated from the volcanic formations of the Tristan group. The island is mountainous, with steep cliffs forming much of the coastline, and an undulating plateau rising to 910 m above sea level. The eastern side of the island is dissected by a series of deep, steep-sided valleys known as glens, which are separated by narrow, serrated ridges. The western side of the island consists of rounded slopes, extending from the central plateau to western sea cliffs. The southern area of the island is the only land below 200 m. Boulder beaches are found beneath the cliffs, and there are numerous offshore islets, stacks and rocks - most within 100 m of the main island, and none at a distance greater than 1 km.

Gough Island has been described as a strong contender for the title 'most important seabird colony in the world', with 54 bird species recorded in total, of which 22 species breed on the island, 20 being seabirds. Four species are threatened. There are three endemic genera. About 48% of the world's population of the northern rockhopper penguin Eudyptes chrysocome moseleyi (classed as vulnerable) breed on Gough. Atlantic petrel Pterodroma incerta (also vulnerable) is endemic to Gough and the Tristan group of islands. Gough is also a major breeding site of the great shearwater Puffinus gravis with up to 3 million pairs breeding on the island. The main southern ocean breeding sites of little shearwater Puffinus assimilis are Tristan da Cunha and Gough Island, with breeding pairs numbering several million. The endangered wandering albatross Diomedea dabbenena is virtually restricted to Gough, with up to 2,000 breeding pairs. The last survivors of the southern giant petrel Macronectes gigantous also breed on Gough, with an estimated 100-150 pairs, is classed as vulnerable. Gough moorhen Gallinula comeri (also vulnerable) is found in fern bush vegetation areas. Estimates of population size vary from 300-500 pairs to 2,000-3,000 pairs. About 200 pairs of Gough finch Rowettia goughensis (vulnerable) have been recorded, although recent estimates suggest that there may be 1,000 pairs.

Gough Island houses two endemic species of land birds, the gallinule and the Gough rowettie, as well as to 12 endemic species of plants, whereas Inaccessible Island has two birds, eight plants and at least ten invertebrates endemic to the island. The marine area can be split into two distinct algal zones. Subantarctic fur seal and southern elephant seal are the only two native breeding mammals. The former breeds at beaches all round the island, whereas the latter are restricted to the island's sheltered east coast. Two other marine mammals are found within the reserve, southern right whale and dusky dolphin. Reptiles, amphibians, freshwater fish and native terrestrial mammals are absent from the island, although the introduced house mouse is widespread and abundant. The largest stacks support vascular plants and breeding birds.

The Tristan archipelago was discovered by Tristão d'Ancunha in 1506, was visited periodically by Dutch sailors and annexed to Britain in 1816. Both Gough and Inaccessible Islands were exploited by sealers in the last decade of the 18th and early decades of the 19th centuries. Sealers stayed on Gough Island for considerable periods, subsisting on fish, seabirds, eggs, wild plants and cultivated potatoes (no longer present on Gough). Whaling occurred between 1830 and 1870, and Tristan islanders visited Inaccessible between the 1850s and 1890s to harvest seals and the introduced goats and pigs, but the islands remained uninhabited.

Gough Island has never been permanently populated and the only inhabitants are the six scientists working at the meteorological station which has functioned since 1956. The only man-made structure on the island is the meteorological station and its associated generators, storerooms, communication facilities and helicopter landing site. Inaccessible Island has been uninhabited except for a two-year farming settlement 1936-38 but has been regularly visited from Tristan for birds, eggs, driftwood, guano and apples. The last pigs, sheep and cattle were removed in the 1950s. Since 1949 its coastal waters within 50nm are fished for the Tristan rock lobster Jasus tristani by a single licensee. This, with crayfish fishing, is the island groups' main source of revenue.